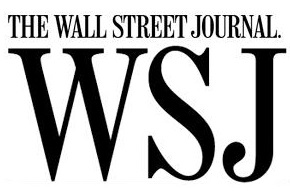 Cloud-computing startups have landed new investments and customer accounts during the coronavirus pandemic as many companies have accelerated cloud-related projects to keep ahead of the competition.

Startups focused on application security, computer networking and storage, and enterprise databases are among those that have benefited.

Cloud-computing funding deals world-wide reached a three-year high of 97 during the second quarter, up from 76 during the same period in 2019, according to market intelligence firm CB Insights. Investors poured almost $3 billion into those startup deals between April and June.

Snyk has about 1,000 small and large business customers, more than double the amount in 2019.“You throw Covid-19 into the mix and it’s like digital transformation on steroids. It’s a massive accelerant,” Mr. McKay said.

The growth in cloud-computing startups this year is partly attributed to the increase in remote work and the desire for companies to invest in operating expenses instead of capital expenses in uncertain times, said Matt Hopkins, enterprise technology analyst at CB Insights. It is often more affordable for companies to rely on cloud services rather than overprovisioning their own hardware in case they eventually need additional storage or computing capacity, which can be a large capital investment.

Investors poured about $10.4 billion across about 260 cloud-computing startup deals in 2019, and this year’s total deal count and funding amount is expected to exceed that, Mr. Hopkins said.

“You’re seeing more investors willing to invest in companies considered safe at this point, those that are offering cloud services,” Mr. Hopkins said.

Newer, early-stage enterprise technology startups also have seen growth, partly due to the pandemic’s impacts. One such company is FireHydrant Inc., which sells software that helps operations teams manage and respond to incidents that happen on their platforms, including website and e-commerce outages.

The New York City-based company’s $8 million funding round closed in March, a few days before lockdown measures were enacted in the city. Demand for FireHydrant’s incident-management tools increased even more during the pandemic because customers predominantly host their IT infrastructure in the cloud, said Chief Executive Robert Ross.

“Covid-19 has accelerated the need to digitally transform, and at the end of the day, that cloud transformation introduces the need for new tools,” said Kelley Mak, a principal at New York-based enterprise technology venture-capital firm Work-Bench, which invested in FireHydrant.

Investor interest in cloud-computing startups also has been bolstered by successful enterprise technology debuts on the public markets, including Snowflake Inc., and Sumo Logic Inc.

Among the advantages of the cloud, customers say, is that it enables businesses to scale applications and services more efficiently and quicker than if they had to do it manually on their own servers.

Retailers such as Wayfair Inc. and Etsy Inc. are leaning on cloud computing more than ever to capitalize on a surge in online shopping.

Several corporate executives have touted the cloud’s benefits this year. Nasdaq Inc.’s chief information officer said the company plans to migrate its markets to the public cloud over the next decade, in a move that was planned before this year but validated because of the pandemic.

“We already realized the benefits of going to the cloud, but every single employee experienced it” during Covid-19, said Swamy Kocherlakota, CIO at S&P Global Inc., a provider of credit ratings and analytics in capital and commodity markets. The company adopted a cloud-first strategy three years ago, and 84% of its applications are currently running in the cloud.

During the pandemic, Mr. Kocherlakota has been overseeing the rollout of cloud-based chatbots to help employees with IT questions, as well as cloud-based virtual whiteboard technologies to help some technology teams collaborate similar to the way they did in person.